The contents of this page may be found at https://dell.laptopdirect.co.za. The contents are copyright. Although every effort has been made to ensure the accuracy of information, no reliance may be placed on the accuracy of the contents or any price found on this site. Any and all information should be used for reference purposes only. This Laptop website is offered as an extension to laptopdirect.co.za as a reseller service to the public. Laptop Direct C.C. is the legal owner of this website, the Laptop Direct brand and the Laptop Direct logo. The information and pricing may have been valid prior to this page being captured, however, a print is not a valid advertisement for pricing nor specifications, and only products that have been sent by quote are valid. Prices are subject to change without prior notice. T&C's apply.
Compare products (0)     Clear

Uncapped ADSL Uncapped ADSL is an "all you can download ADSL" connection for a set fee per month. The service provider normally limits the speeds during certain times of the day by placing speeds limits on certain services such as Bittorrents (peer-to-peer file sharing) while giving priority to services such as Voice-over-IP or ....more..
210-BBBE ! ADSL / Fibre / LTE
Dell P2222H 21.5" IPS Full HD 1920x1080 60Hz WLED backlit Monitor, VGA, DP, HDMI
compare 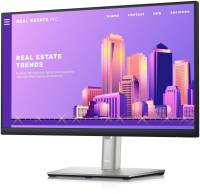 Cloud Fax Sign up for your Free Fax To Email here

Uncapped ADSL is an "all you can download ADSL" connection for a set fee per month.

The service provider normally limits the speeds during certain times of the day by placing speeds limits on certain services such as Bittorrents (peer-to-peer file sharing) while giving priority to services such as Voice-over-IP or Youtube.

The limitation is done by "shaping". Shaping is a fair practice in South Africa. Bandwidth is not cheap and the service providers have in fact created a system whereby users benefit.

Capped ADSL is unshaped. A user can download as much data as quickly as their line permits until the allocated amount of data is depleted. After the data is depleted, the user is either blocked from accessing the Internet, or their line speed is shaped to a lower speed.

What is needed for an ADSL Internet?

This is the speed at which data is received from the ISP.

The higher the speed, the more data you receive in a period of time. 2Mbps is twice as fast as a 1Mbps line.

ISPs that prioritise Youtube will offer great performance at 1Mbps unless they shape the line to a very low speed.

Youtube recommends 500Kbps as a minimum speed to watch Youtube on Windows and 1Mbps for Mac. However, it is best to get a minimum of 1.5Mbps for Standard HD, and 5Mbps for HD content for better quality with minimum disruptions (buffering).

What is Fibre Internet?

The latest advancement in broadband technology, fibre optic broadband is promising super-fast speeds for all of your daily internet needs. Its name comes from the use of plastic or glass cables, which allow for faster data transfer compared to the standard copper wires which are used in regular broadband connections.

What is LTE / LTE-A Internet?

LTE is a cellular technology, and is completely wireless.

LTE-Advanced (LTE-A) is a more advanced version of LTE and is sometimes referred to as 4.5G.

Wireless LTE-A offers one of the fastest internet connections in South Africa, with maximum download speeds of up to 150Mbps and average download speeds of between 20 and 40Mbps. Owing to its faster speeds, LTE-A cannot be received on a normal LTE router.